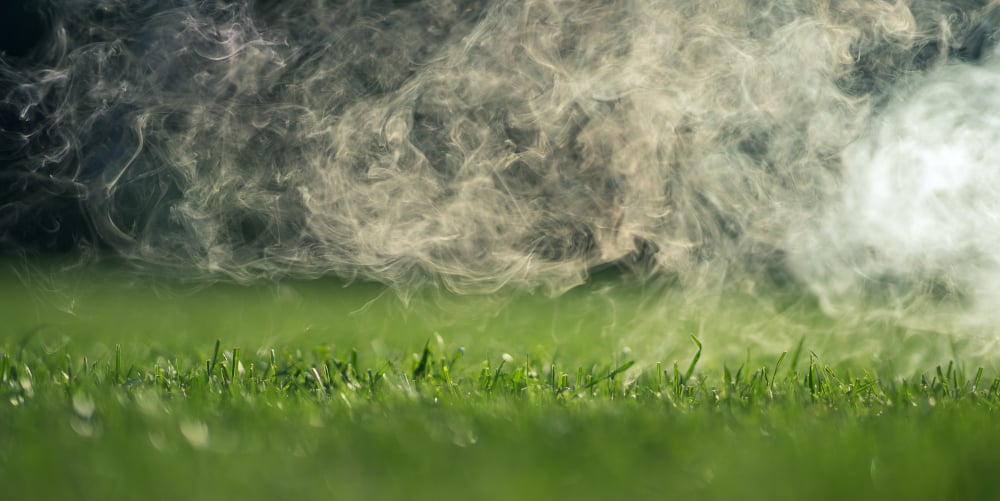 What Causes A Weed Eater To Smoke?

There is potentially nothing more annoying than your gardening equipment playing up. When it starts to smoke, your instant reaction is that it is dangerous and could require pricey repairs. Understanding what causes a weed eater to smoke will allow you to identify and fix the problem as soon as possible.

If you notice that your weed eater is blowing white smoke or black smoke then it is vital that you do not ignore the problem. This is an indication that there is a potentially serious issue and so you should always switch off the motor and investigate.

When the weed eater is kicking out black smoke, this is almost good news as this can be a sign of a problem that is relatively easy to fix. Not always, but most of the time, at least. Primarily, there could be a problem with the choke; if this was not entirely turned off before you started up the engine, doing so could be the solution to your problem.

However, black smoke from your weed eater could also indicate that the fuel is no good. This happens quite often if the weed wacker has been stored away for some time and the gas a ‘gone bad.’ In this instance, the answer could be as simple as draining the fuel and using some fresh gas.

Finally, black smoke could be as a result of the engine not being able to get as hot as it is meant to, owing to a lack of proper air and fuel balance.

However, you may also notice white smoke from trimmer tools and this can be a sign that there is a much more significant problem. We cannot stress enough that the moment you see white smoke coming from your weed wacker, you must turn it off. If you fail to do so, this could result in the engine failing entirely.

More often than not, weed eater white smoke is a result of the engine becoming too hot. This is likely to be an issue with the oil/fuel balance and is typically related to the engine not having enough lubrication.

However, people who live at a higher altitude may also notice that they suffer with white smoke from their trimmers and this is normally down to an issue with the carburetor. Normally, this can be easily fixed with nothing more than a screwdriver and a simple adjustment.

If you are using a gas weed eater then your engine will be one of two types; there are 2 cycle weed eaters and the 4 cycle weed eater. The difference between these engines relates to the number of times the piston needs to revolve in order to complete one engine cycle. As you can imagine, a 4 cycle engine requires four revolutions and 2 cycle requires two.

There are pros and cons to both types of engine. Primarily, a two stroke will be much more powerful. However, a four stroke engine will last much longer and is more eco-friendly. Nevertheless, both are susceptible to smoking.

When you notice your 4 cycle trimmer smoking, this could be a problem with combustion, in that it is incomplete. Typically, this is because the engine is running too rich meaning that there is more fuel inside than it is designed to handle. Adding less fuel could make the problem disappear.

On the other hand, a 2 cycle weed eater may begin to emit smoke if the oil has mixed with the fuel. While these engines require both liquids to run, they must always be kept separate. Furthermore, it is important to keep in mind that a 2 cycle engine will always produce a small amount of smoke due to the oil that is present in the combustion chamber; this is how it is meant to be. But when the equipment begins smoking heavily, this could signify a problem.

A lot of people think that this isn’t a serious issue and will not address the problem right away but this puts your motor at risk of dying altogether. In the end, it will need replacing which can be a costly venture. It is better to deal with the problem from the off.

The solution could be as simple as oiling the blades and the motor; this increased lubrication will help the motor to function correctly and smoothly, preventing overheating. Furthermore, you could find that the smoke is a result of the brushes on the motor having worn down. In this case, they will need replacing or, if the problem is serious, the entire motor will need replacing.

In the case of a gas edger/trimmer, there are several reasons that smoke may be present. But don’t panic, knowing what to do if the engine is smoking can help you to solve the problem and get back to work.

Causes Of A Smoking Weed Eater

A gas engine is a complex piece of equipment and the fuel has to go through a process, part of which includes being ignited inside the combustion chamber. When this happens, fumes are produced and these need to be released, save the engine starts getting too hot.

For this reason, your weed eater has an exhaust port and a muffler where the fumes can exit the equipment. When your weed eater is brand new, these parts will be nice and clean and function perfectly. However, over time, as more and more fumes pass through the muffler, it will become dirty. Carbon build-up can clog the muffler and prevent the fumes from being able to pass through resulting in the engine overheating.

The best way to avoid this problem is to stay on top of maintaining your equipment, cleaning it thoroughly for every thirty hours of use.

In a 4 cycle engine, you won’t need to worry about this potential issue. However, a 2 cycle engine requires oil to be mixed with the gas for lubrication purposes. But it is imperative that you get the mix just right. For example, when using a weed eater manufacturer by Stihl, you must ensure that the gas to oil ratio is 50:1.

Getting this even slightly off can cause a wealth of problems, most commonly, the engine will start smoking. In this case, it is likely that there is too much oil and this is far too rich for your engine to cope with. The oil will combust and burn off in the chamber, however, since this is not how the machine is designed to work, it will result in smoke.

The only way to resolve this problem is to replace the gas with a new batch. It also pays to be mindful of creating a mix that does not have enough oil. If you do this, it could cause the pistons to fail, rendering your engine useless.

One of the more common issues that cause a smoking weed eater is when gas or oil makes its way to areas of the system that aren’t designed for it to be there. In many cases, the cause of this problem is a gas hose that is damaged and therefore, leaking. Furthermore, the issue could be that the gas hose is not properly connected.

When this happens, the fuel and oil are able to leak out of the system and make contact with a hot area which causes it to turn into smoke. It is important to replace the fuel lines once a year, especially when your weed wacker is getting a lot of heavy use. Furthermore, after replacing, it is important to ensure a proper connection by using a press fluid.

As you use your weed eater, the impurities from the fuel will begin to build up inside the system, particularly around the walls of the carburetor. This prevents air from getting to the engine and can cause gas to get to the engine. In this case, you may need to have your weed eater serviced and cleaned by a professional.

The last thing that anybody wants is to be faced with smoke when trying to tidy the garden. But in truth, a weed eater may begin smoking at any given moment. However, there is usually a pretty simple solution and provided that you address the problem right away, it’s unlikely to result in an engine overhaul.

A weed eater rack is a vital component for any lawn mowing business or homeowner. They allow trimmers to be stored and transported securely when … 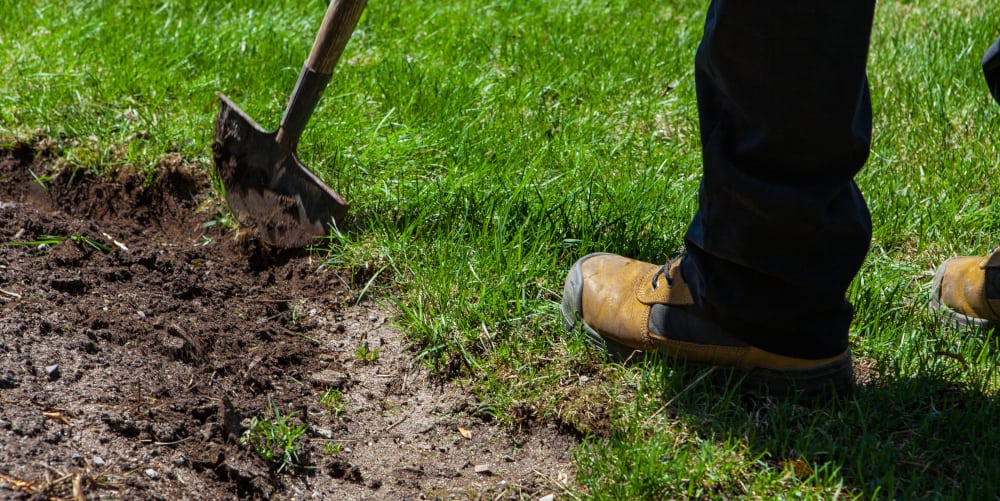 We’re all looking to have a perfectly presented garden but the sheer amount of equipment needed is mindblowing. If you are looking for a tool … 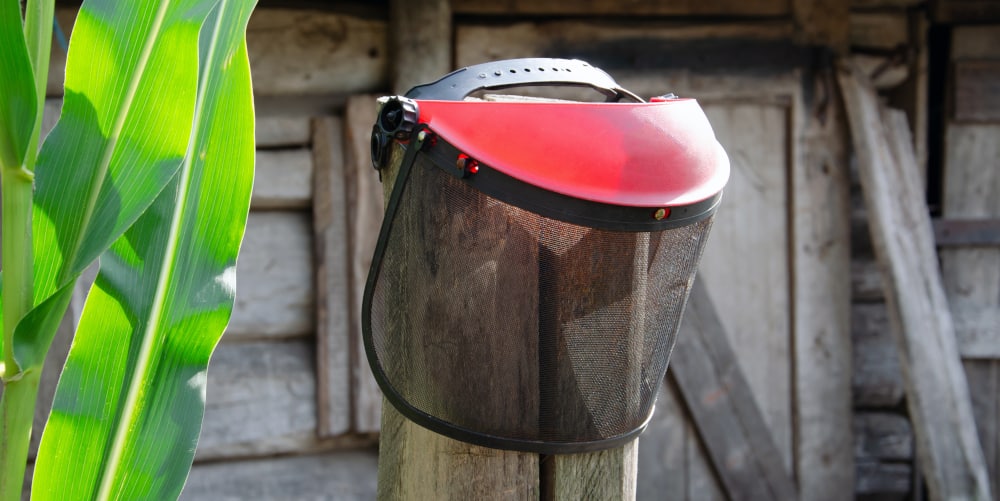 It can be easy to assume that getting outside to do a spot of garden trimming isn’t that much of a risky activity. However, when …